By MTX ContractsFebruary 1, 2012May 22nd, 2020Healthcare, Project Portfolio
No Comments 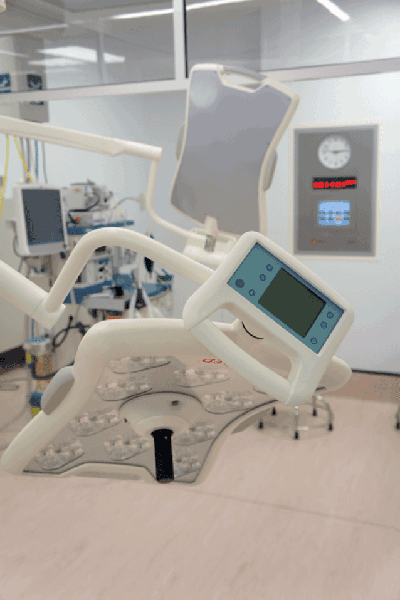 In September 2011 MTX were awarded the contract to construct a new modular operating theatre at Ysbyty Gwynedd Hospital in North Wales. Due to a number of site constraints which limited where the new building could be positioned, the decision was made to locate the new theatre within an existing courtyard at first floor level.

On completion of groundworks within the courtyard a bespoke steel gantry was erected which supported a concrete base on which the modular theatre was to sit. The theatre also had to partially sit on the existing ground floor roof therefore this was stripped, prepared and protected until the modules were craned into position.

The delivery of the modules was co-ordinated carefully as positioning them required craning them over a occupied area of the hospital. Consideration was also given to the fact that the crane was positioned on the flight path of the air ambulance. A detailed lifting plan including emergency procedures was therefore put in place prior to the crane lift commencing.

Once the building was in position the fit out works were completed within nine weeks. The finished suite comprised of an operating theatre, anaesthetic room, prep, dirty utility, store and switch room with four means of access/egress to the level 1 corridor.

The operating theatre itself was equipped with an ultra clean canopy however as the prep was still to be used for laying up equipment, this was also provided with its own HEPA filter arrangement to ensure it maintained a sterile, contaminant free environment

Building services to the theatre were derived from a combination of existing and new plant with a roof mounted air handling unit providing the ventilation requirements to the suite.

On completion of the project in January 2012, theatre staff commented on the surprisingly high quality of finishes and spacious feel of the new facility.